via Lord & Lady Pierce-Humphreys – Postcard from the Grand Tour (May 10th) – #lockdownstaycation – Day 11.

Postcard from the pirate ship.

We were merrily on our voyage home when our ship was most unexpectedly boarded by fierce pirates, who were in cahoots with some of the crew members.  After listening to their demands and grievances we were quite won over by their cause. Lord Pierce-Humphreys was very masterful and talked a colourful game with the head pirate and has joined his crew in a very senior position.  Unfortunately, Lady Pierce-Humphreys, was not quite so fortunate and has been relegated to a rather lowly position, very unbecoming to what she is used to, but a sight better than ending up as one of the ship’s trollops.  We hope to sail to Plymouth from where we will be able to make our way home again. Yo ho ho, as pirates say, and a jolly old bottle of rum!

We were soon joining in the pirate activities.

Lady Pierce-Humphreys could swing with the best of them. 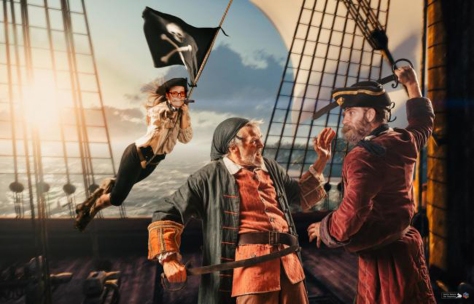 We went searching for treasure on a nearby island. 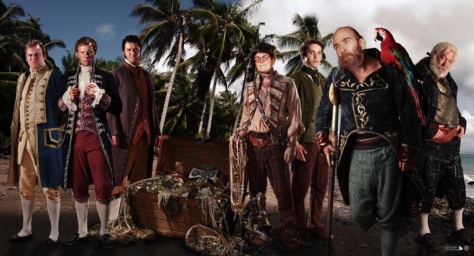 The Lord and Lady craftily snuck off with more than their fair share of gold. 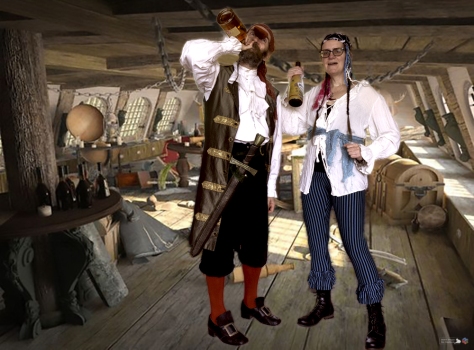 Lord Pierce-Humphreys found himself in command of the ship. 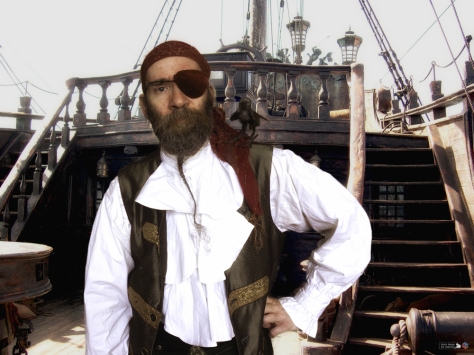 Created as part of an ongoing collaborative project with Pictures Without Film.